What if I’m too afraid to even take a baby step? 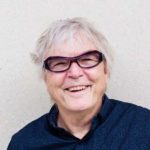 In a previous blog I suggested that before you take a leap of faith, you should have taken a thousand baby steps. But what if you are too afraid to take a baby step? What if that first step feels like a leap of faith? I’m going to give you a strategy that will help you overcome the fear and get you moving.

When Columbus was about to embark on his voyage into an unknown world, his biggest challenge was getting the sailors to board the ships. In the medieval mind, just over the horizon of what they could see, lay a boundless world inhabited by leviathans, mermaids, dragons and monsters of the deep. The sailors were like little children, afraid to go into a haunted forest at night.

Every culture, for millennia, has had stories about the dangers that lay beyond the safe boundaries of the known world. Ogres, dragons, wild women, devils and imps occupied the deserts, forests and oceans beyond the limits of their village – the known. These stories were enough to keep most people from venturing into these forbidden places.

These fairy tales and myths, invented by the human brain, reflect a deeper reality of how our minds work. As part of human evolution, and as a means of maximising the chances that we will pass our genes on, our brains still create a ‘home zone’ – a space that is known and familiar. Beyond the boundaries of this safe space is a world occupied by mythological monsters, ready to devour us. The brain is scaring us into playing it safe.

So in my previous blog, I have been a little simplistic when I suggested that before you take a leap of faith, take a thousand baby steps – because for most people, even a baby-step across that boundary is a leap of faith. It would be akin to Columbus saying to his sailors, ‘Let’s just sail one knot past the horizon of what we can see. It’s only a baby-step into the unknown.’

But lets look a little deeper into these fables and myths.

Why some stay and some go

Paradoxically, these same myths also told tales about heroes who entered these terrifying territories, confronting the dangerous guardians of these places. Sometimes the protectors of these forbidden lands and seas would use their evil powers for good, and guide the hero on their journey. At times they would impart supernatural powers to the hero. At other times, the hero would die, passing into a new world, transformed.

So what made the difference between those who remained in the village – constrained by the known – and the heroes of the stories who took the risk and ventured into the forbidden territory – willing to confront the ogres and demons?

Those who stayed in the village believed the job of these fiends was to devour them. The heroes believed that it was to scare the crap out of them so that they stayed safe. In a strange way, the bogeymen were their friends, trying to protect them. So why not venture into the dark unknown and ask these powerful beings to protect them on the journey?

It is not written in the stories, but if you read between the lines, the heroes had a different internal dialogue about the monsters.

Many years ago I made an observation about myself. When I would start getting close to someone, I would overnight turn into a cold stone. I wondered why I was sabotaging my own happiness, so went to see a counsellor. She got me to name this ‘persona’ – a mode of being I was slipping into unconsciously. I named him Stonewall. She then asked me to have a conversation with Stonewall, and ask him questions about his origins and motivation. Prior to the conversation I had seen him as a complete and utter killjoy, someone who was preventing me from entering the lands of true intimacy. He was a bogyman.

However, during the ‘conversation’ with Stonewall, it became clear his job was to prevent me from suffering any more of the rejection I had experienced as a child. He was not my enemy, but my protector and friend. That day I learned that trying to keep him at bay so he would not sabotage my intimacy was a battle I would continue to lose. But what if I took him as my companion in trying to build an intimate relationship? What if we were to become co-conspirators?

So for those of you afraid to even take a baby step, here is what I recommend.

One: Identify the ogres and monsters that are preventing you from taking the risk of that first step. It may be fear of failure. Fear of what others may think. Fear of getting hurt. Fear of success.

Two: Give them a name. Naming your monsters is the first step in taming them.

Three: Have a conversation with them. Why do they paralyse you with fear? What is their core mission? Why did they come into existence – what are their origins? Now when I say have a conversation, I don’t mean silently in your head. You can write it as a dialogue, or act it out. With my counsellor I acted it out. She put out two chairs facing each other, one for me and one for Stonewall. I would ask Stonewall a question then sit in his seat, slip into his skin and answer.

Four: Keep talking until you reach a “peace deal” – a way that this monster that was previously your enemy can possibly become your saviour and accomplice.

Five: Next time you get ready to take a baby step, call on the agreement you have made. Ask “the monster” to give you the courage to take it.

You will not go into the forest until you change the internal stories you tell about the fiends that dwell there and currently paralyse you with fear. Until you change the relationship, you won’t board Columbus’ ship and discover the new world.

Also read about the three thieves that may be stealing your potential, and paralysing you into inaction. THE TRICKSTER, MR PICKPOCKET and THE BIG CON.

I have created a Creative Solutions Generator – a one page canvass that helps you think outside the box. I am offering a free 5X5 minute mini-course on how to use this simple tool. Get more info here.